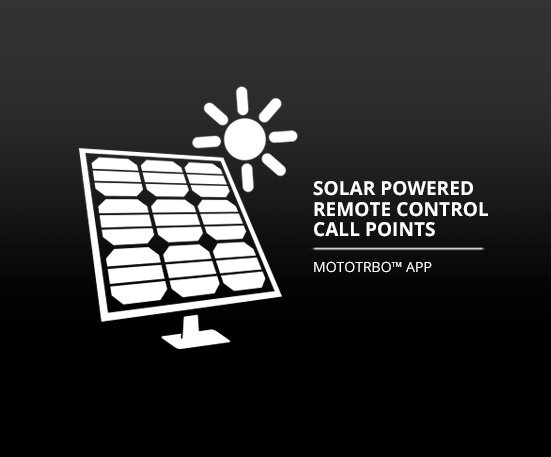 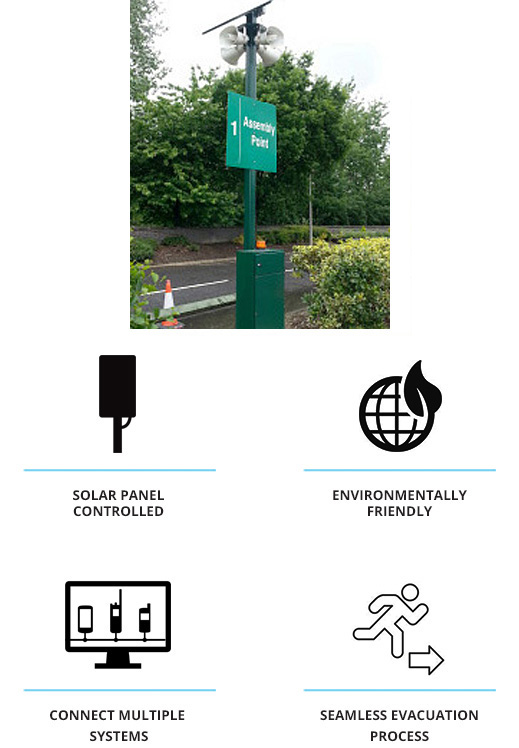 The MOTOTRBO Solar Remote Control Call Point Solution can be linked to external Tannoy / PA Address / Evacuation Announcements and can be utilised with Barrier Systems for Voice Communications. This solution enables remote call points to operate without the need for mains wiring, enabling a wider range of positioning possibilities.

“Customer safety is at the heart of everything we do at Meadowhall. It is vital that we have an effective public announcement system in place in the event of an evacuation scenario. We needed a system capable of quickly and effectively delivering clear communications across the entire site to both our staff and members of the public whenever it is called into action.”  Dawn Osborne, Head of Operations: Meadowhall Shopping Centre

Additionally, to further increase functionality you can utilise this alongside Motorola Applications such as TRBOnet. TRBOnet is used to send pre-recorded announcements, either by a scheduler or by pre-configured on-screen buttons. 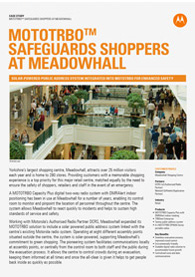