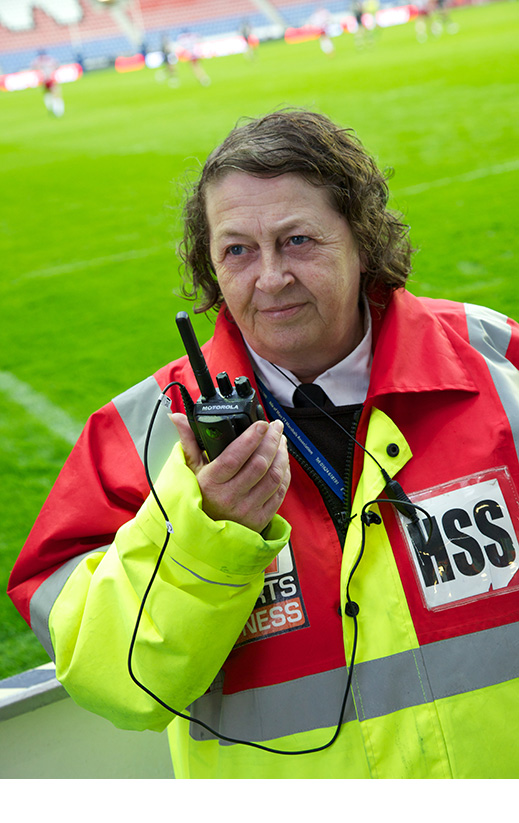 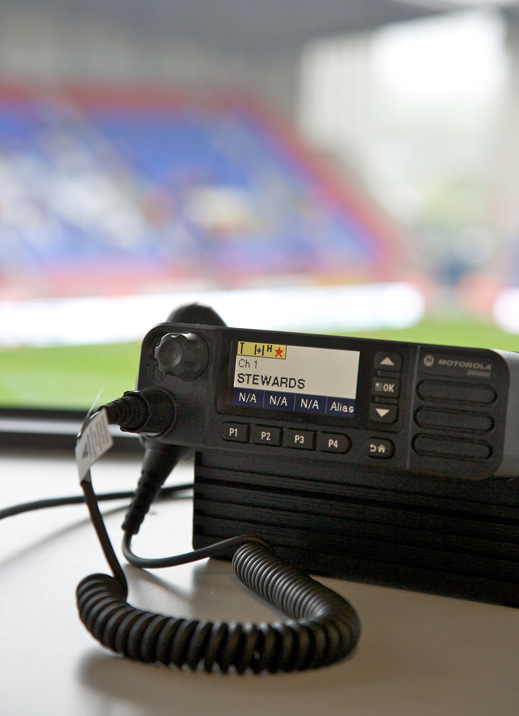 The operations teams had been successfully using Motorola Solutions’ analogue radios since the stadium opened in 1999. However, these radios were now outdated and there were some black spots in the stadium. Transmissions were sometimes unclear, especially during noisy games and in far reaching corners of the stadium. Moreover, a channel was not always immediately available, with potentially serious consequences during emergencies.

With big crowds flocking to see matches, staff have to deal with a large number of fans arriving and leaving the stadium within short time frames. Expert coordination is needed to resolve any issues which arise and to safeguard the public, in compliance with strict health and safety regulations.

Following a successful month-long trial period when four DP2400 Portable Two-Way Radios were utilised by stewards alongside the analogue radios, the new digital system was commissioned by DCRS in April 2013. It was fully operational just a few weeks later, following user training delivered by DCRS personnel. The new MOTOTRBO system was successfully put to the test during the final matches of the 2013 season.

“Well-organised stadium operations help fans to enjoy their match experience. And key to stadium operations is an optimal communications system. When we decided to upgrade to a digital system, we were very happy to stay with DCRS and Motorola Solutions. The MOTOTRBO radios ensure our teams are constantly well informed and able to respond quickly and efficiently to any queries, issues, or emergency situations. The radios are easy to use, robust and provide consistently exceptional audio performance. We are delighted with the enhanced quality, features, and coverage of the MOTOTRBO radios and the service and continued support provided by DCRS.”  Stadium Manager, Wigan Football Company Ltd 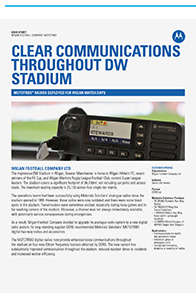