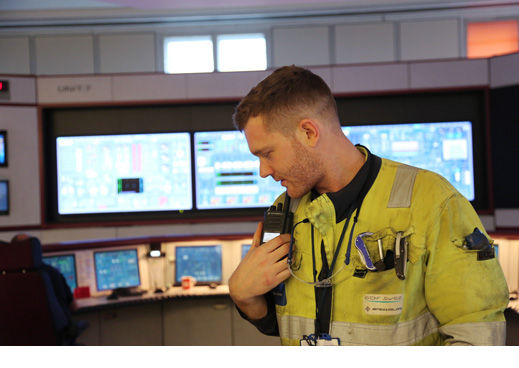 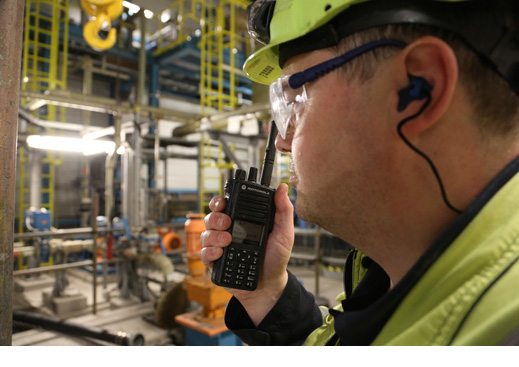 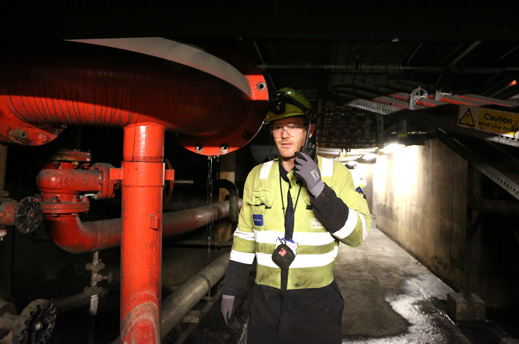 Operating since 1970, the Rugeley B power station site covers a large, 2.5 km long area divided between the main site and the Flue Gas Desulphurisation area (FGD) where sulphur dioxide emissions generated by the coal-fired boiler are safely converted into useful Calcium Sulphite. The main site, with large steelworks and subterranean areas creates a challenging communications environment, but the proliferation of reinforced concrete and girder work in the FGD meant there had been little or no radio coverage on the analogue system in this particular area.

While reception in the main site was generally good, coverage in underground areas and on the periphery of the site could also be marginal. This not only had serious implications for perimeter security, it was a major cause for concern for the safety of the 200 workers operating on the main site and especially those workers passing through or operating in the FGD.

With radios being used for the running of day-to-day operations and emergency scenarios, the analogue radio dead spots around the site were seen as a major safety issue both to plant and to personnel. In particular, the complete lack of coverage in the FGD was not only potentially dangerous, it was hindering operations of the plant and was also impacting the bottom line.

Brian Allt, maintenance engineer technical support, Rugeley Power Ltd. explains that, “Several solutions were tried, including leaky feed and introducing cell enhancers, but these either did not work, or had very limited effect on the problem. After some investigation, it was decided that a new digital radio system would be the best way forward.”

The System proposed was a MOTOTRBO Linked Capacity Plus Solution from Motorola Solutions. This is a cost-effective, scalable, wide area digital radio trunking solution which expands the capacity of a MOTOTRBO communication system without having to add new frequencies. With advanced software, Linked Capacity Plus enables workers to talk to each other in the field or back at the office, as well as using data applications such as text messaging. 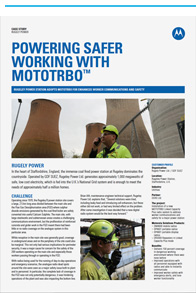